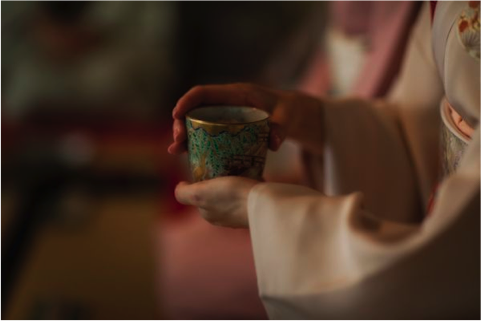 “Kodou”, incense ceremony has a long history. Aromatic woods came to Japan in the 6th century with Buddhism so the Buddhist temples started to use it first and subsequently the scents of these woods were gradually recognized by the people at court. In the Heian period aristocrats came to make their own fragrances to compare one another, which is said the roots of incense ceremony.

I have an experience of “Kodou” at the college class. Before I attended the class I knew little about what was involved and never realized that the method of preparing it was graceful and calculated. When our teacher made some incenses for us to smell I found every incense has different design on ash and it seemed that he drew it quite easily enough for me to do. However, it was not as simple as I expected.

This is what I made in the class. First, making surface smooth was difficult, because I didn’t know how much I should put strength, and dug on the ash. Besides, if I use aromatherapy by myself I don’t have to care about other people but in this time, I needed to prepare it so that all of participants can smell it equally. I understood that “Kodou” is not for one but for everyone. 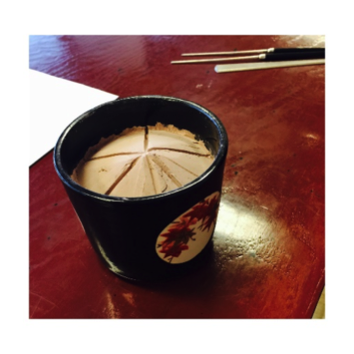 Also there are two types of enjoying “Kodou”, which is “Monkou(聞香)” and “Kumikou(組香)”. The former is a simple way of smelling and participants know what kind of aromatic woods they will have. While the latter is an interesting way of enjoying incenses like playing a game and the most common way of it called “Genjikou(源氏香)” is featured by “The tale of genji” . Participants who don’t know which incenses will they smell sit near one another and pass around five censers, guessing what they are smelling. Then after finishing it move on to the next stage where they express what they smelled with drawing illustrations called “konozu(香の図)” on a piece of paper.

It may look like formal and a bit complicated but it’s fun and relaxing.